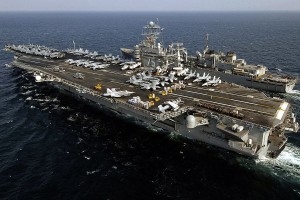 The class' lead ship, USS Nimitz, was commissioned on May 3, 1975. The name is given after Fleet Admiral Chester W. Nimitz. He is the last fleet admiral of the United States Navy.

The last vessel from the largest warships class is USS George H.W. Bush, commissioned on January 10, 2009. Their hull numbers are numbered consecutively from CVN-68 to CVN-77 and they are nuclear-powered supercarriers.

The Nimitz-class aircraft carriers took part in many operations and conflicts across the world.

According to the United States Navy, the Nimitz-class vessel are ten.

Design of the Largest Warships

The largest warships were order to maintain the US Navy strength as supplementary of the Enterprise class and the Kitty Hawk class. The design of the Nimitz-class is relative to the Kitty Hawk class' and improved compared to Forrestal class and Enterprise class. Main differences are the reactors. Enterprise class has eight. The largest warship in service – two. They take less space. Compared to Forrestal class, the Nimitz-class carry aviation fuel up with 90 % and the ordnance is 50 % more. 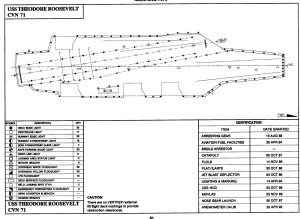 USS Nimitz was constructed around the Vietnam War time and that influenced the design. The largest warship had bigger magazines and bigger aviation fuel stores.

The coast of each one of the largest warships is estimated to be nearly $4.5 billion, only USS George H.W. Bush's cost was around $6.2 billion. They were built by Newport News Shipbuilding Company.

Service of the Nimitz-class

Operation Eagle Claw, in 1980, was among the first major operations of the largest warships class. USS Nimitz was deployed to the Indian Ocean. There were hostages in the American embassy in Teheran. 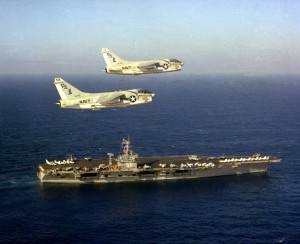 Part of the service of the largest warships is to provide aid in case of natural disaster. They supported Indonesia after the tsunami in December 2004, the Hurricane Katrina (2005) rescue operations, assisted after the Typhoon Fengshen (June 2008) in the Philippines and provided aid to Haiti after the earthquake in 2010.

The carriers from the Nimitz-class are designed with 50-year life in service. The first ship to be decommissioned is USS Nimitz. The cost will be $750 - $900 million. Their status of "largest warships in the US Navy" gives them a symbolic role.

The largest warships will be replaced by the Gerald R. Ford class. The class is expected to have ten vessels and their design will be similar to USS George H.W. Bush. The first will replace USS Enterprise in 2016, the rest will replace the oldest of the Nimitz-class.