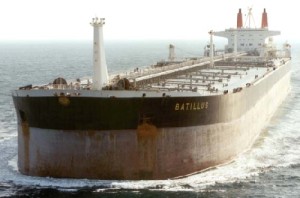 The largest ships ever that cargo goods were built in the mid 70s. The Batillus Class Tankers were the answer to the business' urgent need of transporting huge quantities of oil each year without any pipe fixing. These Supertankers were among the goliaths of the ocean, also one of the first Ultra Large Crude Carriers.

The first in the family was the third biggest ship in the world Batillus. 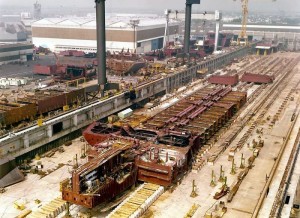 Batillus was constructed by Chantiers de I’Atlantique and built for the French branch of Shell Oil in 1976.

On April 6th 1971 the contract for building the Batillus was signed.

In 1973 as a result of the Yom Kippur War there was a significant drop in the supply of oil, called the ''oil shock''. That put the shipping industry in a serious doubt about the supertankers project – there was a chance of not using the full potential of the largest ships in the world.

That did not stop Shell. The calculation were that they had already put a lot of finances in building the Batillus and cancellation of the project would be much bigger financial stress for the company and its employees.

The project started with cutting the first sheet metal in January 1975 and hope for better times in the nearest future.

The engine was with 32,500 Hp total power, made by two propellers. Each propeller was powered by 2 Stal Laval steam turbines. The fuel was enough for 42 days due to her daily heavy oil consumption of approximately 330 tonnes. The maximum speed of Batillus was 16.7 knots. 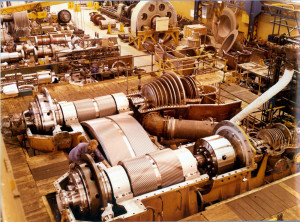 Like her ship sister, Pierre Guillaumat, the total volume of Batillus was  677,300 m3. She also had 40 tanks specially designed to lower significantly the risk of pollution in cases of eventual grounding or collision – with special dimensions and separated to lateral and central tanks.

Batillus also was build ahead of time international standards. The maximum unit volume of her wing tanks was less than 17,000 m3, at the most liable parts of the vessel was even lowered to 9,000 m3 . In 1976 was built and Batillus' sister – Bellamya, later in 1977 Pierre Guillaumat was build, the last Batilus class supertanker, Priarial, was ready in 1979.

The Story of the First Batillus Class Supertanker

Batillus, the third biggest ship in the world, was launched on June 25, 1976. Putting her in service was done together with the new specially built oil terminal Antifer. It was near Le Harve and it was among the minor number of ports able to accommodate the Batillus supertankers. 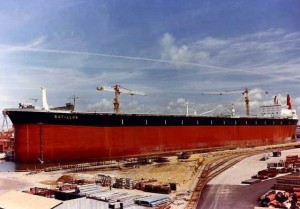 Usually, the largest ships of all time were build bigger than practical, they were not able to traverse the Panama and Suez Canals. Most of the docks were not capable accommodating these modern marvels. Still the biggest ships ever have their special place in the history.

Batillus' total number of voyages is less than 30. She made 25 courses between Persian Gulf and northern Europe. In 1977, June – July, the third biggest ship in the world made a voyage Persian Gulf – Curaçao. Batillus anchored 20 times at Antifer terminal. The terminals in the Persian Gulf that were capable to accommodate her were Sea Island and Mina Al-Ahmadi (Kuwait), Kharg Island (Iran), Ras al-Ju'aymah and Ras Tanura (Saudi Arabia), Halul island (Qatar) and Mina al Fahal (Oman). In northern Europe it was also Europoort, Rotterdam.

Batillus was also transloading to smaller vessels, in the Irish sea and England.

In the years between 1977 and 1980 she was performing four or five courses per year.

In 1981 she had two voyages, in 1983 the number was three. The decreasing was due to the bad situation in the world oil market.

The last course of the third biggest ship in the world was in June 1983.

On August 22, 1983 she was anchored at Vestnes, Norway port. Batillus stayed there until November 8, 1985, because two weeks earlier the Royal Dutch Shell had taken the decision to scrap one of the largest ship in the world. Batillus was sold for less than 8 million dollars.

Batillus last trip started from Norway and she arrived in Taiwan (Kaoshiung) on the 28th of December 1985. There, the third biggest ship in the world was scrapped.